Since one of my most favorite topics in occultism and magic is divination, specifically the divinatory art of geomancy, why not talk about that? I know a lot about it, and not many do, so let’s go with it. If nothing else, you’ll come away slightly more educated, and I’ll come away with something looking like productivity. With that in mind, let’s continue this little series of posts on geomancy, “De Geomanteia” (On Geomancy). This week, let’s talk about this figure:

This is the figure Populus.  In Latin, its name means “People”, which is pretty common in lots of other traditions, often in other forms such as “congregation”, “assembly”, or “group”.  If you (quite literally) connect the dots, you might come up with a figure that looks like a crowd of people, or a meeting-house for people to discuss matters within.

First, the technical details of this figure.  It’s associated with the Moon waxing and the astrological signs of Cancer or Capricorn, depending on whom you ask; due to its lunar qualities, it’s associated with the sephirah Yesod.  It has all elements passive, and no elements active, being the most stable, slow, and status-preserving geomantic figure of them all; however, its placid and reflective nature closely associates it to the element Water.  It’s an even figure with eight points, the highest possible number, relating to objective situations rather than internal or felt events.  It is a stable and entering, showing it to be slow-moving and long-lasting where it appears.  In the body, it signifies the breast and midriff.  Its inverse figure (everything this figure is not on an external level) is Via, the Road, showing that this figure is not dynamic, not changing, not swift.  Its reverse figure (the same qualities of this figure taken to its opposite, internal extreme) is the same, Populus itself, showing that this figure is the same from all points of view.  Its converse figure (the same qualities of this figure expressed in a similar manner) is also Via, indicating that it is cyclical, internally whole, and representative of whole systems.  Populus is the most stable figure in all of geomancy and preserves everything around it.  It is entirely reflective and takes in whatever is around it and pushes it on, absorbing the influences of its neighbors.  It is good with good figures and bad with bad figures, especially favorable for reflection and meditation on matters already known as well as preserving the status quo of things.  It is unfavorable when change of any kind is a good thing, or when being alone is desired.

Picture a small little town, not large at all.  You know, one of those rural towns with a couple hundred people in it, maybe a few gas stations, a stop light if you’re being generous.  It’s a town where everybody knows everybody, and everybody’s family has been there for generations.  It’s an old town with little activity: life goes on as normally as ever.  Gossip from within cycles around and settles down on its own, the town taking care of itself, with the most activity being perhaps a yearly event that’s as old as the town hall itself.  The town’s had its history, and the people have had their knowledge and wisdom built up since their founding,  knowing what they know and keeping it known amongst themselves.  They’re not particularly fond of new people, but are friendly and cheerful all the same to welcome visitors and new settlers amongst them all the same.  A new resident of the town quickly finds out he can’t just deal with one person in the town; just as gossip spreads, he ends up dealing with everyone all at once even through one person.  Every influence around the town, stable as it is, affects the town in some way or another; the town reflects its surroundings and occasionally gets caught up in outside turmoil, all the while keeping its deep identity the same. 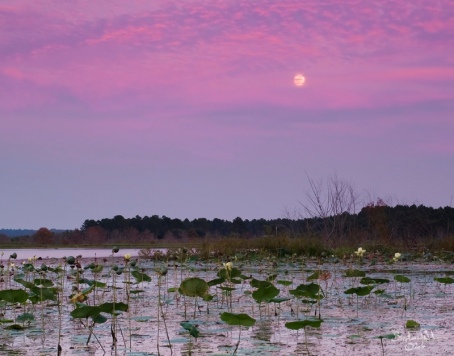 Unlike the other lunar figure, Via, which can be likened to a rapidly flowing river, Populus is much more like a calm lake.  While Via is fast-moving, Populus is still; Via is dynamic, Populus is stable; Via is outwardly powerful, Populus is inwardly-reflective.  Via goes out into the world and changes everything around it, but Populus stays where it is and lets others change it.  Via takes any figure it’s faced with and transforms it into its complete opposite; Populus sustains and copies it.  Via is the result of opposites attracting, while Populus is the result of similarities resonating.  The difference between inverse geomantic figures is starkest between Via, pure activity, and Populus, pure passivity.

Populus is the only figure in geomancy without any active elements.  There’s nothing going on within it, which gives it the unique ability to reflect whatever’s put into it.  Populus plus any other figure yields that other figure; it reflects what it’s given.  It’s like a large crowd of people which has no leader, and when given any impetus or stimulus, the crowd of people goes in that direction.  When a leaderless crowd of people encounters someone with the energy and direction to lead, they become followers and take on the energy and direction of the leader.  Similarly, when two identical figures encounter each other, the combined figure they yield is Populus, showing either a smooth transition from one to the other to preserve the status quo, or a larger group sharing the same goals, ideas, directions, and hopes.  In this sense, Populus can represent the townsfolk having banded together as a single, unified group.  It can It’s a figure of both similarity and multiplicity, of alliance and preserving the status quo.  As far as wisdom and thought go, Populus can represent common sense, the combined learning of a community, but can also represent mob mentality, depending on the situation.  Even here, Populus indicates a confluence of thought, reason, and information that has its basis on consensus and agreement.

Because of this ability to repeat figures or combine a repetition of figures, Populus is the one figure that is mathematically implicit in all geomantic charts.  Although a full geomantic chart has sixteen figures, no geomantic chart can ever have all sixteen figures of geomancy present; the presence of Populus would imply the presence of repeated figures to generate it, or would repeat another figure it’s combined with.  This ability to carry on and sustain figures in all charts, despite Populus having no elements active within its elemental structure, associate it to the element of Water.  Figures are assigned to different elements in part due to their elemental structure: with the exception of Populus, every figure’s ruling element is active within that figure (Albus, for instance, has only Water present, and is thus associated with Water).  Water can just as easily be fast-flowing and turbulent or cloudy (as Via) as it can be smooth, calm, reflective, and clear (as Populus).  Water, as a fluid, takes the shape of whatever container it’s put into; unlike gaseous Air which expands throughout containers, energetic Fire which consumes them, or solid Earth that forms the container itself, liquid Water is malleable enough to take on the form of whatever it’s faced with, while being solid enough to hold the shape of it.

Astrologically, Populus is given to the waxing Moon, which makes sense; it represents the slow growth and stability of something, much as a town slowly waxes in its population and resources.  This part of the lunar cycle that grows and increases in light also increases security and assurance in one’s self and beliefs, which is reflected socially by an increase of people agreeing and banding together with you.  Reflection, too, is important to both Populus and the Moon; just as the Moon begins and increases the amount of light reflected from the Sun, so too does Populus reflect the influences shining upon itself.  The zodiac signs associated with Populus are Cancer (through its connection with the Moon) and Capricorn (Gerard of Cremona’s association); both are cardinal, powerful signs of the Zodiac, but also diametrically opposed to each other.  Still, the association works for both: Cancer and Capricorn both represent stability and security, one through internal means and the home, the other through external means and the public.  Both offer assurance and preservation of the status quo (one informal through the use of social cues, the other formal through the use of established law), and so are both fitting for Populus, representing both the family at home and the family of the town.

In geomancy readings, Populus indicates stability and security in numbers.  When appearing as the Judge or as the combination of two figures, Populus often indicates that there’s no change between the past or present, or that there’s a complete unity of identification without difference between two parties or influences on a situation.  Populus can also indicate a plurality or multitude of things, or that something is waiting and able to take in input from any source.  It represents stability ready for change to occur, the blank paper ready for the pen.  Other people may be involved with a particular matter, or perhaps there’s nothing exciting to talk about, since whatever’s been the case will continue to be the case.  As opposed to Via, which can indicate that something is too much in flux to get a clear answer, Populus indicates that there’s no real answer to give since nothing is changing.  Magically, Populus is good for augmenting something with extra power, especially given its connections to the waxing Moon; it’s good for helping harmony and unity of thought and desire, as well as settling something down into a stable state.